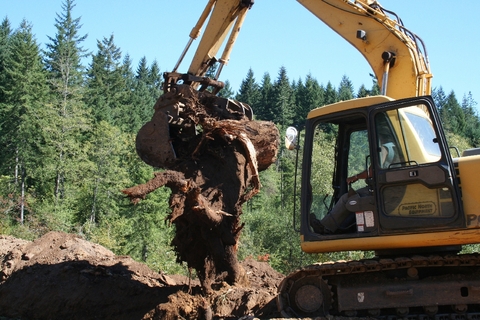 The Massachusetts Appeals Court has determined that a bank, acting as a fiduciary under a family trust, was liable for ignoring the provisions in a lease, which gave the lessee of a Cape Cod property used as a tree stump dump a right of first refusal with respect to purchase of the property.

The Plaintiff in this case operated a stump dump on property in Chatham owned by the Defendant, Fleet Bank, as Trustee of a family trust. It had a series of leases with the owner, which contained renewal options as well as a right of first refusal in the event of a bona fide offer of purchase from an outside party. The plaintiff brought suit after the subject property was transferred to the beneficiaries and then sold to a third-party purchaser. At the time of sale, the plaintiff’s leases on the property had not been renewed, but verbal extensions had been granted while negotiations were ongoing.

The plaintiff alleged in its complaints that both Fleet and the beneficiaries breached the implied covenant of good faith and fair dealing with regard to lease renewal option and the right of first refusal contained in the leases; and that both constituted unfair and deceptive acts or practices, in violation of G.L. c. 93A.
The Plaintiffs had been involved in extended negotiations for a lease renewal under the option granted in the expiring leases, and also made an offer to purchase the property, which was held up due to issues surrounding the title. During the negotiations, the oldest beneficiary under the trust died, which caused the trust assets to be distributed to the remaining beneficiaries.

During this extended period, the owners received another offer to purchase from a third party, and ultimately, title was transferred to the beneficiaries and then to the new offeror. The Plaintiffs were aware of the offer, and through counsel, sought to learn the terms so that they could exercise their right of first refusal. Their requests were ignored by Fleet and the beneficiaries.

After a bench trial, a Superior Court judge found Fleet liable for breach of the implied covenant of good faith and fair dealing with respect to the plaintiff’s rights under the option to renew the leases because of Fleet’s lack of diligence throughout the lease renewal process, and found for both Fleet and the beneficiaries on the plaintiff’s other claims, but then withdrew the judgment for the Plaintiffs after a hearing on damages. The Plaintiffs appealed.

The Appeals Court reversed, finding that the conduct of the bank and the beneficiaries amounted to a breach of the implied covenant of good faith and fair dealing and, as to Fleet, was a violation of G.L. c. 93A. The bank had the authority to act with respect to the lease renewal and the right of first refusal, elected not to, and then failed to advise the Plaintiffs of the position it was taking. This was grounds for liability. The case was remanded for further hearings on the issue of damages.