Massachusetts Investment Fraud Lawyer, the attorney, reviews the latest court filings by the Receiver in the
SEC vs. Millennium Bank action now pending in the U.S. District Court for the Northern District of Texas:

It appears that the Millennium Bank Receiver has begun the process of liquidating assets seized as a part of the SEC action against Millennium Bank, its affiliates, and the individuals who helped perpetrate this multi-million dollar ponzi scheme. On May 22, 2009, a set of motions were filed in the Northern Texas U.S. District Court seeking specific authority to sell off a range of personal property items. The Court has yet to rule on the motions 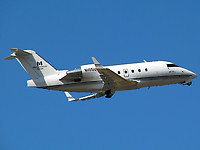 For example, one
motion has been filed, seeking court authority to sell off the infamous
Millennium jet airplane, which was seen and photographed in 2008 and 2009 in places as far and wide ranging as Caracas, Venezuela, Geneva, Switzerland, and Lyon, France. The plane flies no more and is presently stored and maintained in a hangar in Atlanta, Georgia.

The aircraft apparently has an appraisal of $5.6 million, but the Sovereign Bank has a secured lien of $4.3 million and the Receiver seeks the Court’s authority to sell it for a price not less than $3.7 million, which would still leave a debt owed to the bank. Thus, the sale of this valuable asset will bring no money to the Receiver’s estate, or end up reimbursing any monies to swindled investors.

Jewelry, cars and wine collections and a home owned by Jackie Hoegel are in the list of items, which the Receiver seeks to liquidate, some requested to be sold on Ebay. However, it seems unlikely that this collection of assets, and the hundreds of thousands, which might come in, will even put a small dent on the hundreds of millions taken as the result of this fraud.

For example, the California house, which the Reciever seeks authority to sell has a mortgage, which appears to exceed the value of the property. Because the Hoegels have not paid their mortgage in the last two months and have received a foreclosure notice from  the prior owners, who gave them a mortgage at the time of purchase, the Receiver is asking the Court to allow the transfer. As in the instance with the airplane, there will be no funds coming back to the Receiver’s estate.

Less prominent, but equally significant from a legal perspective, is a separate
motion that the Receiver has filed, which asks the Court to give this Receiver the exclusive right to file any direct actions against William Wise and his cohorts, or to bring a petition to put any individual or company into bankruptcy. The goal here is to maintain all power and control in the hands of the Receiver, regardless of who are the creditors, where they are located and what types of claims they may have.

This is not to suggest that the Receiver is not qualified or capable of orchestrating the liquidation of the assets. However, how do the thousands of investors who have lost money in this fraud, or trade and other business creditors, for that matter, obtain notice and their right to be heard on these motions? What about the payments made by Wise and Millennium in the months leading up the shutdown? Does the Receiver intend to seek the return of any preferential payments, which may have been made?

These are all issues, which have been raised in prior proceedings involving financial fraud cases, and in most instances, bankruptcy court is where the dissolution and liquidation takes place. Here, bankruptcy is undoubtedly the most equitable forum for addressing and resolving the many issues that arise. Right now it appears that the SEC and the Receiver seek to avoid a bankruptcy filing.

In the Bernard Madoff case, similar issues arose when a group of individual investors sought permission to file an involuntary bankruptcy from the U.S. District Court where the SEC had filed its enforcement proceedings, and where a Receiver was similarly in place.  The SEC opposed the Motion, but the Court ruled to permit the investors to file the bankruptcy petition. The filing took place and now there are consolidated proceedings in the bankruptcy court, and the Receiver continues to pursue recovery of assets, under the auspices of the bankruptcy court.

In this case, it seems inevitable that a bankruptcy will be necessary. It seems the only way that the interests of this large group of swindled investors can obtain proper representation and have a voice in how the proceedings and the liquidation take place. In bankruptcy, a creditors committee will be formed and has real representation in the court proceedings.

There is a growing group of investors who feel that the Receiver and the SEC have an agenda that diverges from their own. They feel they are not being heard. One must ask how the creditors can weigh in on issues as simple as who will bring Wise and company into bankruptcy, when the Receiver files a motion to gain exclusive control over the process, and not one of the thousands of defrauded investors gets the slightest notice of the request. Where is the fairness in a legal process where investors with millions in losses are not even aware of the actions of the Receiver? In a bankruptcy proceeding, this type of activity would not be permitted.

If you are a Millenium Bank victim, the Law Offices of the attorney, and its affiliates, is prepared to review your situation and potential claim(s) without charge, and will consider representing you on a contingent fee basis, which means that you will not have to pay out of pocket for your legal representation. The firm will take a fee only if we are successful in recovering your assets.