(This BlogPost written by Boston Personal Injury Attorney, the attorney, is the Second in a Three Part Analysis of a Recent U.S. Appeals Court Ruling involving defamation, public officials and the news media Click here to view Part One) 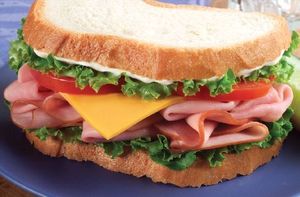 During the three-hour show, Doocy and Kilmeade repeatedly raised the April 11 incident, ridiculed Levesque, and blamed him for the handling of the incident. They reported as true several of the fabricated quotations that Plagman attributed to Levesque including the fact that the student had placed a ham sandwich on the table, the “ham is not a toy” statement and also attributed to Levesque a false statement comparing the incident to Mogadishu. Throughout the show, Doocy and Kilmeade repeated these falsified quotations.

After the April 11 incident, Levesque had received derogatory and threatening emails and phone calls from persons who learned about the incident and the student’s suspension. Of seventy-five emails submitted to the district court, sixty-nine were written after the “Fox & Friends” cablecast. As the result of these incidents, he elected to bring an action for defamation.

Under Maine common law, a plaintiff alleging defamation must show a false and defamatory statement published without privilege to a third party resulting in harm to the plaintiff. However the statements of public officials like Levesque are given a conditional privilege that is overcome only by clear and convincing evidence that the defamatory statement was made with actual malice, that is with knowledge that the statement was false or with reckless disregard of whether it was false or not.

(Part Three of this Blog, entitled THE COURT RULES ON THE DEFAMATORY BROADCAST  to appear in the next days)