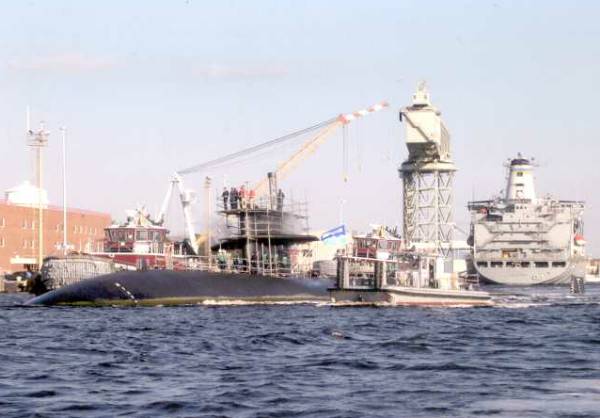 The U.S. First Circut Court of Appeals has upheld an arbitration award against the general contractor and in favor of a subcontractor who left a jobsite prior to completion of its work on a project at the Portsmouth Naval Shipyard in Kittery, Maine. The case was Eastern Seaboard Construction Co, Inc. v. Gray Construction, Inc.

The subcontractor, Eastern Seaboard Construction, Inc. (“Eastern”), was performing site work and encountered changed conditions, which increased the cost of the work and delayed completion of the project. The subcontractor sought extra payment for the changed conditions, which the general contractor, Gray Construction, Inc. (“Gray”), refused to pay after the U.S. government denied its request for extra payment for Eastern’s work.

There was an arbitration provision in the subcontract between Eastern and Gray, and therefore the parties conducted hearings before a single arbitrator of the American Arbitration Association (“AAA”). The arbitrator heard evidence and gave an award to Eastern, which was reduced by the cost incurred by Gray to complete Eastern’s work.

Eastern then made a request to the arbitrator, pursuant to AAA rules, to amend the award to reflect a credit to Eastern for the unpaid balance of its contract, which was only around $10,000 less than the credit Gray had received for its completion costs. Both parties appealed to the U.S. District Court, where a magistrate judge vacated the amended award, which had given Eastern its credit for the balance remaining on its contract. The U.S. District Court affirmed the magistrate’s decision and Eastern appealed to the 1st Circuit.

The 1st Circuit reviewed the decision de novo and recited the well established principal that arbitration awards are rarely disturbed by reviewing courts, but that there are instances when justice so requires. Here, the issue raised by Eastern was whether the arbitrator had the authority to alter its decision after the award became final.

The 1st Circuit analyzed AAA Rule 47, which permits an arbitrator to alter awards within twenty (20) days of entry of an award when there has been “clerical, typographical, technical or computational errors” in the award, and also the applicability of the “Functus Officio” doctrine, which pertains to the exhaustion of arbitrator’s powers following entry of an award.

The Court elected to vacate the lower court decisions and permit Eastern to receive a credit for balance remaining on its contract, after noting that Gray had stipulated that there was an undisputed balance outstanding on Eastern’s contract, and expressly finding that the arbitrator’s amendment to the award was made under Rule 47, and that Functus Officio was not applicable in this situation.

Eastern had also sought prejudgment interest on its award dating from the time it left the job. The court affirmed the lower court’s decision that interest did not run until the date of the arbitration award.

Comment: The case has significance in that it is rare that a contractor recovers for work performed when it has abandoned a project prior to completion. This is particularly so when the owner is the U.S. government and it has rejected the general contractor’s request for payment for the subcontractor’s extra work claim. It is also rare that the Court’s will permit an arbitrator to revisit his award, once final. Here, it seems evident that the Court was trying to avoid an injustice to the Eastern and a windfall to Gray for what seemed to be an oversight on the part of the arbitrator.